It is a city that is growing at a dizzying pace. So much so that it threatens to take away its position as a great city of luxury and business from its neighbor Dubai.

Dubai has been a pioneer in many aspects and today it is one of the most luxurious and ostentatious cities in the world. However, this throne seems to be in danger, because this title is too juicy for only one city in the world to have it. Abu Dhabi aims to unseat the queen of the United Arab Emirates, Dubai. Will she get it?

Abu Dhabi is a city with a lot to offer

More and more businessmen and women choose Abu Dhabi instead of Dubai for their meetings, and even as their residence. This city is growing by leaps and bounds and is gaining ground. What makes it so special? What can’t you miss in Abu Dhabi?

With an almost pure white color, this majestic mosque stands . No one can help but feel amazed at its architecture and forms. It was built between 1996 and 2007 and was named after the first president of the United Arab Emirates.

This is one of the largest mosques in the world. Its four minarets are over a hundred meters high and its 82 vaults stand out.

If its exterior surprises with its magnitude and the ins and outs of its forms, its interior will leave you speechless. Its carvings, its lamps, its details, and its well-combined colors become a spectacle that you will not be able to easily eliminate from your mind.

One of the most famous circuits in Formula 1 is in Abu Dhabi. It allows visits of an hour and a half in which to enter and experience the race as if it were taking place at that moment.

For all those passionate about this sport, without a doubt, this is an essential visit to the city. Even if you’re not really into motorsports, this track is so impressive that it won’t go unnoticed.

To enter this park is to experience the world of motorsports from another perspective. A place where you can get caught up in all the brand’s merchandising and get to know some of its best classics or its most modern models. And, of course, a place to have fun and release adrenaline.

The Louvre in Abu Dhabi does not resemble the one in Paris in its architecture, since it borders on futuristic lines since its construction is much more modern. But they do have something in common, both house works of art of enormous value.

In the case of this museum, in particular, thanks to a collaboration agreement, it hosts temporary exhibitions with works from some of the main Parisian museums. In addition, it has its own collection of works, among other artists, by Picasso, Manet, and Magritte.

Every big city has a panoramic point where you can enjoy the best views. Abu Dhabi is a city with skyscrapers, nature, and a coastline, so not to enjoy this from the highest point of view possible would be a shame.

This is your best vantage point. From here you can have a 360-degree view, while you enjoy an excellent cappuccino or a natural juice. Don’t forget your camera! 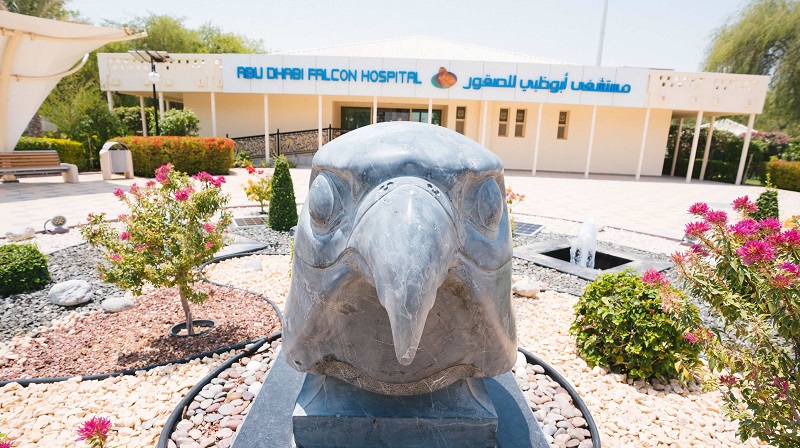 In this place, there are hundreds of falcons that were collected in order to preserve the species. It is a treatment center where they experiment with new treatments for wounded falcons, which unfortunately are more every day.

You can visit and take a tour to interact with these birds. In addition, it is possible to enjoy some of the exhibitions that they carry out. A place that perhaps you did not expect to find here.

You see that Abu Dhabi is a city that is going strong. Although she still has a long way to go, she seems to be the perfect candidate to succeed Dubai on the throne. Time will tell. For now, do you dare to visit this incredible city?

This website uses cookies to improve your experience while you navigate through the website. Out of these, the cookies that are categorized as necessary are stored on your browser as they are essential for the working of basic functionalities of the website. We also use third-party cookies that help us analyze and understand how you use this website. These cookies will be stored in your browser only with your consent. You also have the option to opt-out of these cookies. But opting out of some of these cookies may affect your browsing experience.
Necessary Always Enabled
Necessary cookies are absolutely essential for the website to function properly. These cookies ensure basic functionalities and security features of the website, anonymously.
Functional
Functional cookies help to perform certain functionalities like sharing the content of the website on social media platforms, collect feedbacks, and other third-party features.
Performance
Performance cookies are used to understand and analyze the key performance indexes of the website which helps in delivering a better user experience for the visitors.
Analytics
Analytical cookies are used to understand how visitors interact with the website. These cookies help provide information on metrics the number of visitors, bounce rate, traffic source, etc.
Advertisement
Advertisement cookies are used to provide visitors with relevant ads and marketing campaigns. These cookies track visitors across websites and collect information to provide customized ads.
Others
Other uncategorized cookies are those that are being analyzed and have not been classified into a category as yet.
SAVE & ACCEPT